Impact of Climate goals on the Steel Industry 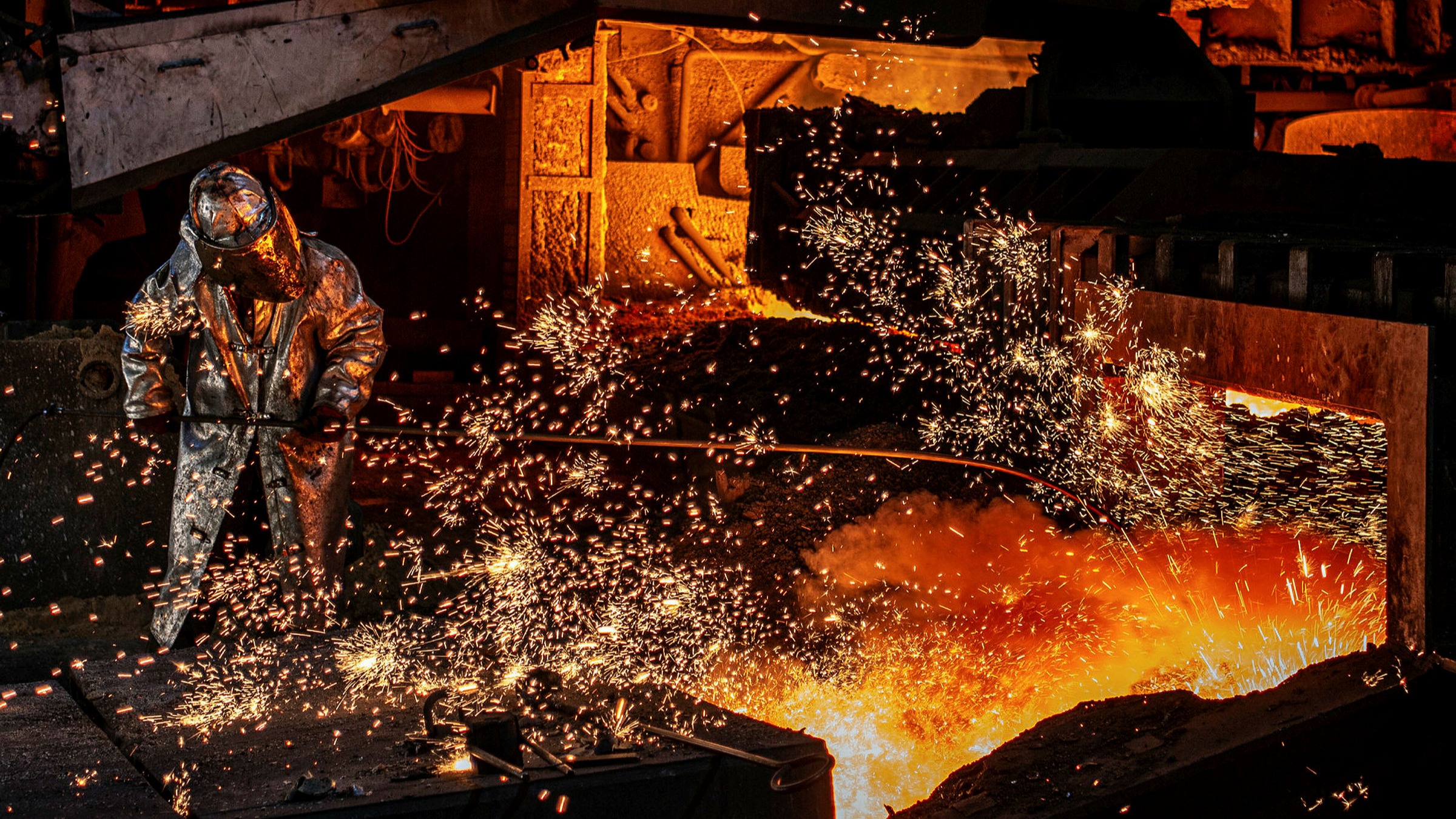 Every tonne of steel produced in 2020 resulted in an average discharge into the environment of roughly 1.89 tonnes of carbon dioxide. In the same year, there were 1,860 million tonnes of steel produced, resulting in 2.6 billion tonnes of direct emissions from the industry, or between 7% and 9% of all anthropogenic CO2 emissions worldwide. The United Nations Climate Change Conference developed the Paris Agreement in 2015 to bring about a change and to take immediate action. The main goal of the accord is to keep global temperature rise well below 2 degrees Celsius above pre-industrial levels and to continue working to keep it even lower, at 1.5 degrees Celsius. The agreement was created in order to attain equilibrium between human-caused emission and sink-mediated removal in the second half of the century. According to the IEA's sustainable development Scenario, the iron and steel sector's overall direct emissions will decrease by more than 50% by 2050 compared to 2019. The intensity of crude steel production must decrease by 58% along the same course.

Goal-achieving efforts made by many nations

There are two different approaches to the traditional methods of making steel. Iron ore is used as a ferrous resource in the primary production route, whereas steel scrap is used in the secondary production route, which utilizes less energy than the primary production route. But ultimately, these conventional techniques are ineffective in reducing the generation of CO2, which has emerged as one of the biggest problems faced by the entire world. Many nations are attempting to reduce CO2 emissions in the upcoming years and have already begun this process. China has overtaken and is 10 times larger than the US in terms of its capacity to produce steel thanks to the abundance of enormous state-owned steel enterprises at its disposal. However, even the most cutting-edge methods for producing steel still result in significant emissions of greenhouse gasses and other air pollutants. All of these things are working against China's efforts to reach carbon neutrality by 2060. As a result of China's decision to reduce steel production in order to meet its objectives, total production in 2021 was lower than in 2020. There is no obvious way on how much China can lower the total output of steel, despite the fact that it is the world's largest producer of steel and that it does contribute significantly to their rise.

Other wealthy nations besides China are also looking for ways to lower their pollution levels. Japan is making efforts to become carbon neutral, or even carbon negative, as a nation. The United States is recognised to be more ecologically friendly and technologically inventive than its rivals while being the fourth largest economy producing steel. Due to this, US steel producers now emit up to 320% less carbon per tonne than their counterparts in nations like China, India, and Russia. Scrap metal is recycled and used as source material rather than raw ore for more than 60% of the steel now produced in the US. The steel industry in South Korea is currently concentrating on self-sufficiency and using greener production methods while simultaneously improving manufacturing efficiency.

More than 50% of the steel produced in 2050 will still need to come from virgin materials because of the high demand for steel and the lack of scrap. The two urgent alternatives that have been proposed are either changing current plants or constructing new ones to run on natural gas or hydrogen, or capturing the CO2 produced typically in steel factories and reusing it or storing it underground. The next significant development in the steel business might involve producing steel using hydrogen. The first of the three categories of alternatives is carbon capture and storage (CCS), which is already included in modern steel production techniques. By combining carbon-rich gasses, carbon capture and utilization can aid in the production of synthetic fuels and chemicals that can be utilized as a feedstock by the chemical industry. CCS or blue hydrogen reduction may prove to be the best option in locations with access to CO2 storage, like the UAE, the USA, or the Netherlands.

Another suggestion is to use electrolysis or hydrogen in the reduction process to decarbonize the manufacturing of steel. There is a possibility that hydrogen reduction and water electrolysis will be used in such low-carbon energy-rich regions. The third option is the use of biomass as a reduction agent. In places like Australia and Brazil, where biomass supplies may be accessible, sustainable biomass or biochar may be utilized as a coal substitute in the steel industry. Due to the lag in the accumulation of steel in society, even if the rise of steel demand is significantly decreased, steel production from virgin materials will still be required. For steel businesses that continue to utilize conventional processes, the cost of carbon will increase steadily as a result of approved or projected global legislative reforms targeted at achieving carbon neutrality in the coming 30 to 40 years.

The solutions listed above may have a variety of effects on the steel industry and present issues that they must deal with in the near future. Increased production costs would be one of the main effects. The use of more expensive and low-carbon resources, such as green hydrogen or low-carbon electricity, would result in CCS equipment needing more energy to run and store CO2, which would be one of the reasons for rising production costs. The conversion of the oxygen furnace to an electric arc furnace and the replacement of the coal-based blast furnace with a hydrogen-based DRI will both result in an increase in capital expenses. As long-lived steelmaking assets may be written down or retired early as a result, this may eventually result in capital loss. The increased total cost of production will have effects on the prices as well. If CCS is viable, imposing a legally binding climate objective will increase the cost of crude steel to almost $500 per tonne in 2050. Instead of rising production costs, the increased prices are brought on by CO2 prices.

The implications of all the solutions presented will make it more difficult to move forward with the adjustments. According to the International Energy Agency, production costs will rise between 10% and 50% more than they do now, greatly outpacing output margins. The steel sector will partially offset the higher cost by increasing operational efficiency and implementing sophisticated manufacturing technology. Steel made using low-carbon technology will compete with conventionally produced steel (and other conventionally produced products) for a while because the industry's transformation will occur gradually, with certain companies/countries/regions moving faster than others. This will result in a first-mover disadvantage, necessitating policy support. Governments will need to work closely with the steel industry and other stakeholders to overcome scientific and economic obstacles and establish the market conditions required for the steel sector to successfully transition to low-carbon steelmaking.

Discover how Metalbook can help your businessto remove all mundane tasks so you can focusonly on business.